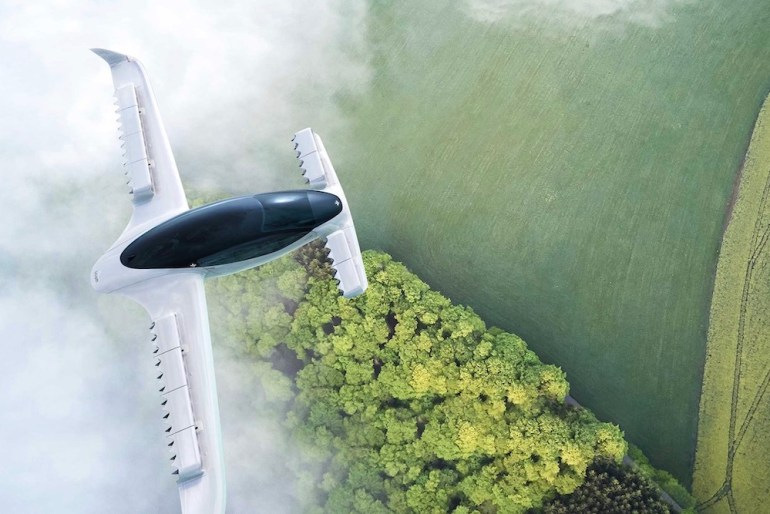 Opening an app, sharing your location, and booking a zero-emissions plane ride with just one click. In a few years from now, it may be as normal as calling an Uber.

This week, German aviation company Lilium announced the completion of its series C funding round, which raised over $240 million to boost the development and upcoming production of the company’s breakthrough electric jet.

After its first test flight last year, the Lilium jet seems ready to enter the final development stage before production. One of the jet’s most striking features is its ability to take off vertically, which enables operation in densely populated areas. After take-off, the thirty-six electric engines change direction to facilitate horizontal movement.

The aircraft’s 300 km range enables small-distance trips in and between cities, but also has the potential to connect remote areas.

Besides aircraft production, Lilium is planning to launch an airborne alternative to Uber, expecting to be operational in various regions by 2025. The air taxi, which can transport four passengers at speeds of up to 300 km/h, is supposed to revolutionize the way we travel.

“The Lilium app will enable you to locate your nearest landing pad and plan your journey with ease. Choosing from a network of landing pads across cities and regions, you’ll enjoy prices that are competitive with today’s travel options.”

“We believe in a world where anyone can fly anywhere, anytime,” says Daniel Wiegand, the company’s co-founder & CEO. “That world has never been closer.”

While it’s easy to believe this type of mobility is reserved for the wealthy few, Lilium stresses it aims to make urban air travel affordable and accessible. A digital scheduling platform combined with the jet’s high efficiency should make the flying taxi cost-competitive with those on the road.

According to the company, urban air mobility could be part of a solution to tackle various challenges, ranging from air pollution and urban congestion to the employment of jets for humanitarian missions.