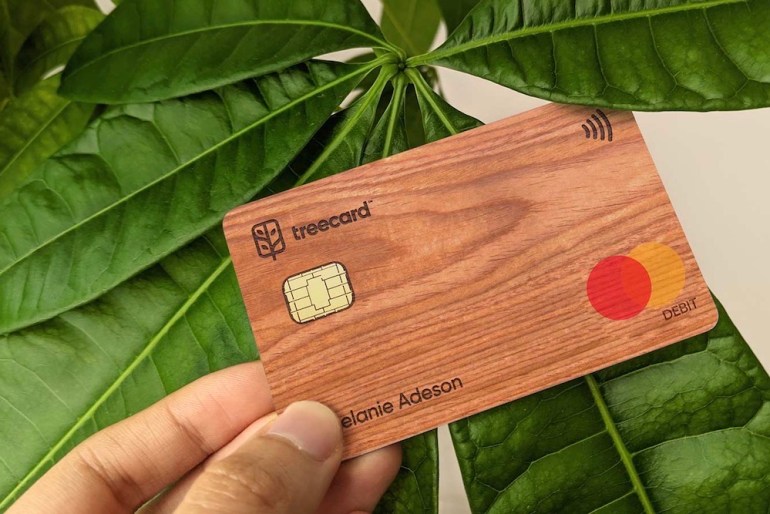 Realizing there is a limit to how much people can afford to donate, TreeCard has launched a free wooden debit card that lets its users contribute to reforestation projects whenever they pay for everyday items. “Planting trees is a way for us all to take direct action.”

Just like Ecosia’s tree-planting search engine, TreeCard provides an effortless way to integrate climate action and ecosystem restoration into our daily lives. By using the debit card alongside their regular bank, users automatically fund tree planting projects when they make a purchase.

Launching this month, TreeCard seeks to increase climate awareness and plant a billion trees by 2026 to capture carbon and recover global ecosystems. To reach these goals, the company is offering the cards, made of FSC-certified cherry wood with a core of recycled plastic bottles, for free.

How it works
While using the card is free of charge, store owners pay a small transaction fee whenever card users buy something online or in-store. These fees are then collected by TreeCard.

80% of the TreeCard’s profits are donated to tree planting projects which are managed by Ecosia, the search engine whose users have planted more than 110 million trees to date and which continues to grow and innovate.

TreeCard says that every sixty dollars spent with the debit card funds the planting of one tree. Users can track their impact in the same way that Ecosia users do — with a live count of the number of trees they have planted.

The potential impact is massive. If TreeCard had the same number of users as Bank of America, for example, it could plant three billion trees each year, sequestering vast amounts of carbon into the soil and biomass of valuable ecosystems. This type of project can transform degraded landscapes like those in Brazil’s Atlantic Forest into rich ecosystems in a matter of years. 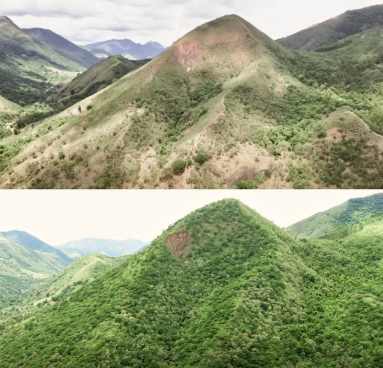 The debit card works wherever MasterCard is accepted and can also be used virtually by connecting it to Google Pay, Apple Pay, and Samsung Pay. What’s more, users can categorize their spending and use the card’s platform to split bills.

Related:  More and more universities are turning searches into trees

Seeking transformative change
TreeCard co-founder Jamie Cox, who has been an Ecosia user since his time at university, hopes to onboard at least 100,000 TreeCard users. This would fund an estimated six million trees to start with.

“We can’t live in a world where our pensions and our banks are continually investing in activities that destroy the planet,” says Cox. “Finance is the core of how we direct the economy and direct spending; if we can truly challenge the industry, we can start to effect significant positive change.”

Over the coming year, TreeCard is being introduced in the the US and several EU markets, but Cox states that the card’s success depends on the number people that sign up.

“Dreaming big, we want to be the largest challenger bank in the world and help usher in a new type of purpose-driven business that flips capitalism on its head,” he says. “We can’t keep prioritizing profit over all else. The climate crisis affects everybody, especially the most vulnerable. Planting trees is a way for us all to take direct action.”

Ecosia invested and partnered with TreeCard not only because debit cards generate significant amounts of money to fund tree planting, but also based on its belief that the financial sector urgently needs political reform.

“If ethical challengers like TreeCard can generate enough interest, the industry will be forced to take a hard look at itself,” the company states. “We have worked closely with TreeCard’s founders, and are confident that their experience, as well as their values, will help them successfully take on the industry’s giants”.

Road to a billion trees
To reach its goal of financing a billion trees by 2026, TreeCard will need to issue hundreds of thousands of cards to people who want to use their daily spending to reforest the planet. So far, some forty-thousand people have registered to receive the card when it will be shipped in early 2021. Cards can be ordered for free until the first of December.

Clim8 to launch a sustainable investment app for impact investors