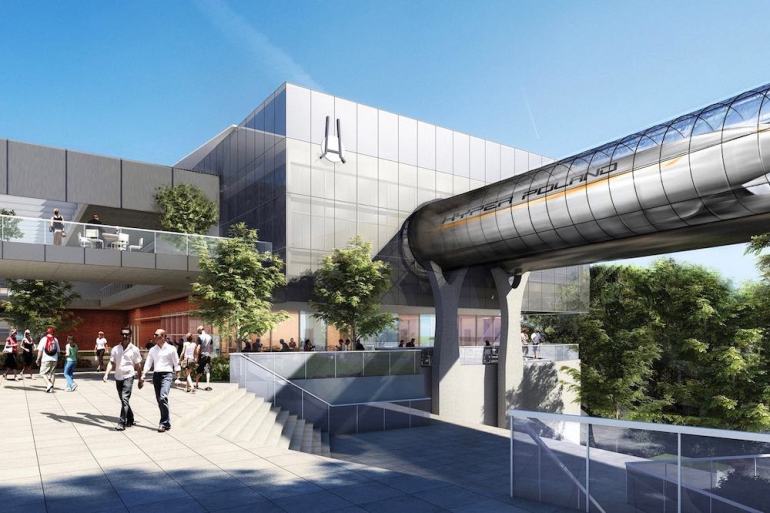 Hyper Poland, which is developing magnetic rail technology to revolutionize the way we travel, is now seeking additional capital in a series B funding round on crowdfunding platform Seedrs, which would value the company at nearly 14 million euros.

Founded in 2017, Hyper Poland develops energy-efficient and fast technology to prepare the railway industry for the twenty-first century. A transportation system that is autonomous, fully electric, and uses existing infrastructure should “restore the competitive edge of existing railway lines”.

Through equity crowdfunding, featuring shares of 21.50 euros each, Hyper Poland can continue its research and development on the magrail. It’s a railway system based on magnetic levitation, with passenger vehicles reaching speeds of up to 415 km/h. As it can be operated in parallel to existing trains, the system significantly reduces implementation costs.

In a subsequent phase, the magrail can be transformed into a so-called hyperrail, reaching speeds of up to 1,000 km/h, and eventually a hyperloop, adding another 200 km/h to its speed.

After a series A funding round which raised 334,000 euros, as well as a 3.8 million euro EU grant received last year, Hyper expanded its team to 32 experts and presented a 1:5 scale prototype of the magrail technology.

The company currently has eight pending patents, and aims to license its vehicle and infrastructure technology to railway infrastructure manufacturers and possibly hyperloop companies. Hyper reports having started talking with railway companies in Europe about the launch of pilot projects in 2022/23.

“We believe that our approach will fundamentally change transportation patterns, by increasing the mobility of goods and people by rail,” says Kasia Foljanty, co-founder and CBO.