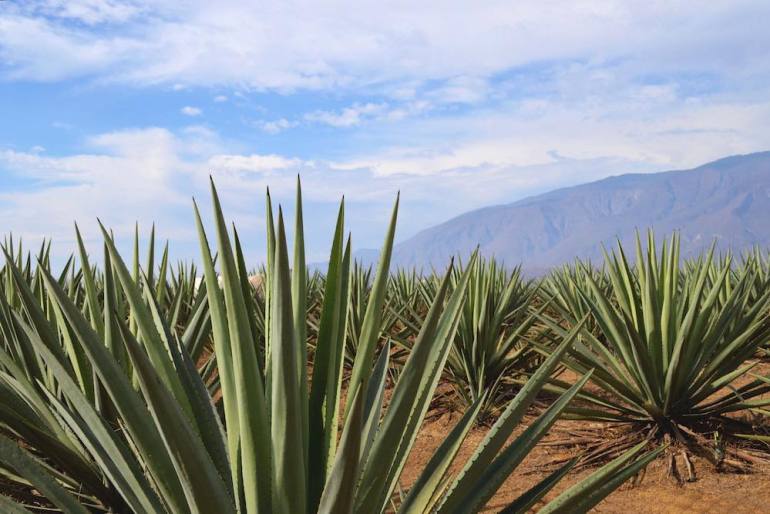 A group of pioneering farmers in Mexico’s Guanajuato region are taking carbon farming to a new level. By planting fast-growing agave combined with nitrogen-fixing trees, they aim to regenerate local ecosystems and capture one billion tonnes of carbon dioxide, while simultaneously providing a solution to livestock overgrazing.

The Billion Agave Project was initiated by Vía Orgánica, a Mexican nonprofit organization which aims to promote sustainable agriculture. The organization is partnering with Regeneration International and the Organic Consumers Association to attain its ambitious goal.

Rangelands in Guanajuato face the problem of overgrazing. A new type of agroforestry system, with agave and trees at its core, may be the answer.

While livestock is unable to digest agave in its pure form, a thirty-day fermentation period transforms the leaves into a nutritious and low-cost fodder, at just four cents per kilogram. This process, in combination with rotational grazing, offers a solution to the land degradation caused by overgrazing, and improves soil and water quality.

The fast-growing, densely-planted agave plants can store up to sixty tons of carbon dioxide per hectare per year. And the best part is: they rarely need to be irrigated, as they thrive in high temperatures and dry soil. Their nitrogen supply is regulated by companion tree species like mesquite, which fixes the essential nutrient from the atmosphere, and also yields nutritious pods that can be mixed through animal fodder.

When, after eight to ten years, the agave’s root stem is used to produce liquor, the individual plant will have produced up to one metric ton of above- and belowground biomass. Its offspring is then planted back into the system to continue capturing carbon from the atmosphere.

Funded by both donations and investments, the organizations behind the project call it a “revolutionary approach to regenerate the world’s arid and semi-arid lands”.

PreviousPrevious post: Hyper Poland is raising new capital in a series B investment round
NextNext post:More and more universities are turning searches into trees