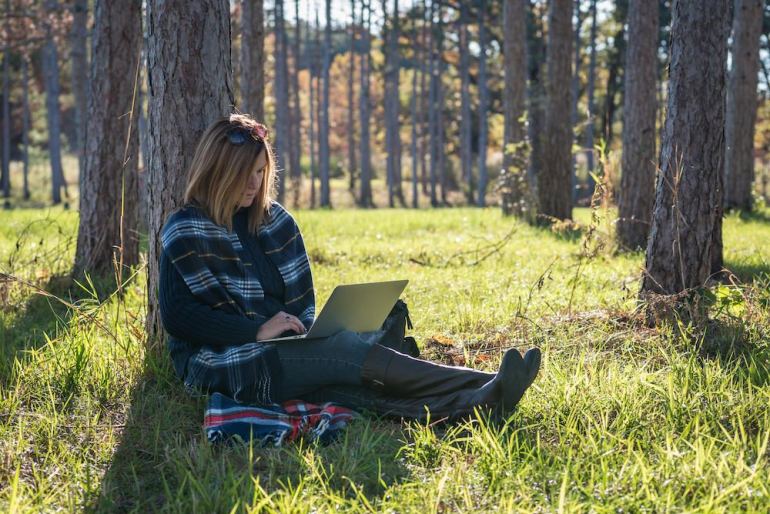 This summer, Ecosia planted its 100 millionth tree, less than a decade after launching its tree-funding search engine. And while the company has felt the impact of the pandemic as advertising revenues plummeted, these three graphs show just how fast Ecosia has been growing — and could continue to.

How many users does Ecosia have?

Back in 2014, some two-and-a-half million people used the search engine, supporting the planting of a new tree every minute. Fast forward five years, and Ecosia’s all-time high earnings allow the company to plant a tree in less than a second, supported by its community of 16 million users.

The financial statements on Ecosia’s website date back as far as 2015. They show that, between January 2015 and the record-month February 2020, revenue grew by 2,367%, shortly before being cut in half a few months later as the pandemic’s financial impacts became tangible. 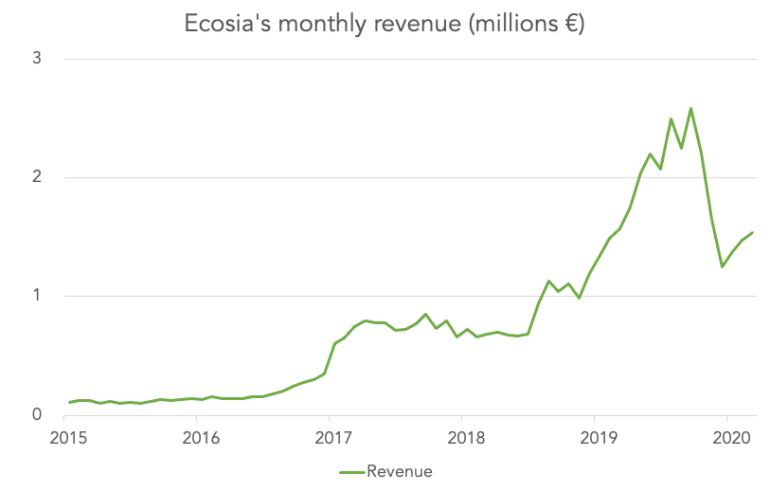 But earnings are slowly bouncing back and reached their June 2019 level in August, continuing on an upward trajectory throughout the fall season.

Now let’s have a look at what it’s all about: trees. Between 2015 and 2019, the number of trees funded each month has varied greatly. The following graph shows the rapid surge in the number of trees that Ecosia has funded over the past five years. Interestingly, most of the trees have only been planted in the past two years, since about 2019. 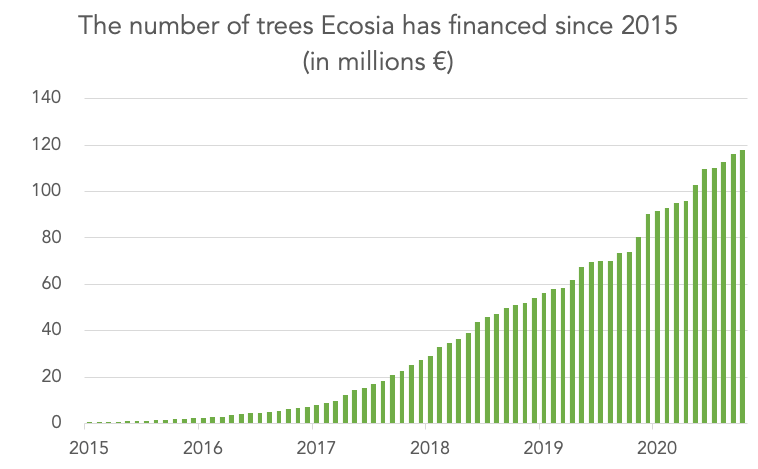 In the graph below, we can see the company’s investment in trees closely follows revenues. 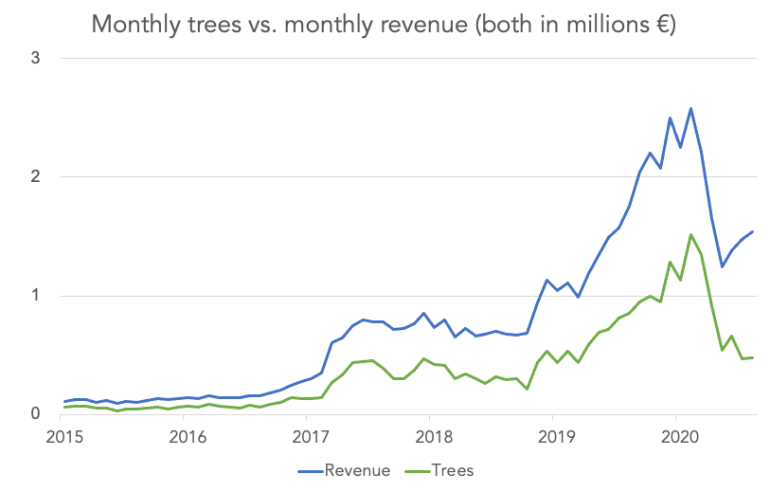 Perhaps less commonly known is the fact that Ecosia also invests in solar power to offset the carbon emissions created by its users searches — twice. This strategy makes using the search engine a way to increase the share of renewable energy. Ecosia also puts funds aside to invest in environmental projects, including regenerative agriculture.

Future outlook: on the road to a billion trees?

Let’s suppose revenues get back to their February 2020 level and continue to drive worldwide tree planting at 75 trees per minute. In that case — without any future growth — Ecosia and its users would be on track to plant a billion trees by 2043.

But the search engine hasn’t nearly reached its full potential. Even though the company is facing severe competition and has fallen victim to monopolistic threats, Ecosia continues to harness digital innovation to restore ecosystems across the globe, and there is little doubt that its user base will grow over the coming years. We can, therefore, expect the billion tree mark to be much nearer in the future.